Why you should visit the Computer History Museum sooner, rather than later 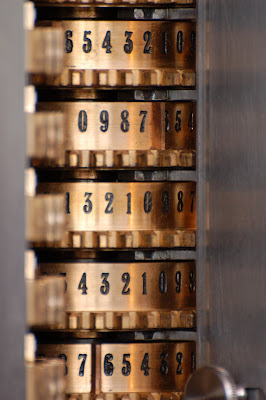 If you live in Silicon Valley, you've probably at least heard of the Computer History Museum. If you're like me, you probably even planned on going "one of these days". There's a very good reason to schedule that visit sometime in the next 10 months or so, though.

A full-scale working model of Charles Babbage's Difference Engine Number Two is currently on display at the CHM until May of 2009. There is only one other like it in the world, at the Science Museum in London, UK.

It's one of the most beautiful pieces of machinery I've ever seen, as well as marking a significant milestone in the evolution of computers. We went down for the exhibit's opening, and actually got to see the machine in operation. I gather that they're not running it all the time on regular days - that's a pity, but seeing as it cost millions of dollars to make, and they're merely borrowing it, I guess I understand that.

It's almost hypnotic to watch, with the carry mechanism rippling up the columns of digits, and hundreds of pounds of brass and steel moving up and down for each step of the calculation.

In addition (ha, ha!) to the Difference Engine, the museum has a large number of other historic computer systems on display, including a Connection Machine, several Cray super computers, and pieces of the SAGE system. Walking through their "Visible Storage" area, a loosely-organized subset of the museum's collection, was fascinating. There's everything from abacuses to supercomputers in there, along with various bits of esoterica that the younger generation wouldn't have seen or even heard of before - drum memory, magnetic cores, etc, etc.

All in all, well worth a visit. The museum is definitely a work in progress, but admission is free, and there's nothing quite like it anywhere else. They also have a regular lunch lecture series, starting up again soon, with discussions of various people and machines in computing history. Since I work right down the street from the museum, I'm planning to try to attend events at the museum more often.
Posted by Mark Bessey at 2:06 PM